A Fresh Pair of Eyes: Why Eye Tracking is the Next Big Thing

Sight, hearing, smell, taste and touch. The five senses of humans… If you were given the ultimatum of ditching four of them, which one would you be left with?

The market for eye tracking technology will grow 26.1 percent (GAGR) by 2025. That’s a not-so-distant future. It’s about revealing potential hidden in plain sight. 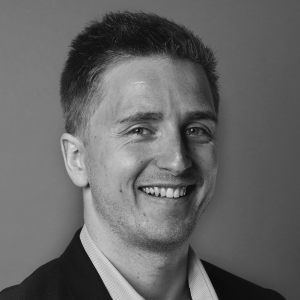 Sight, hearing, smell, taste and touch. The five senses of humans… If you were given the ultimatum of ditching four of them, which one would you be left with?

Picture any conversation you have ever had with anyone. What would be the minimum of sense(s) needed to keep an understanding of the communicative context? Could you exclude smell? Taste? Hearing? Touch? Sight?

Did you look at them? Did he or she look at you? Would it be evasive if they avoided looking you in the eyes? Would it be creepy if they stared at you without blinking? Would it be scary if their pupils were the size of dollar coins? Ever blinked at someone after making a joke? Probably.

Ever heard the phrase that “the eyes are the windows to our souls”? Of course you have. But more importantly, do you agree with this dramatic claim? If we are literally moving around with a direct channel to our personality, our intelligence, our conscience and our interests, would it amplify human capabilities if we became better at decoding these “windows”? Or just made these windows a bit brighter?

Okay… by now, you probably have an idea of where this is going. If we know where someone is looking, we know what they are looking. That’s interesting!

If we know where a person is looking, we can understand what is holding their interest and what they care to engage with. This insight will deepen the overall substance of human communication. Capturing this through tech will certainly nuance many industries dependent on human interactions. At its core, it is about revealing potential hidden in plain sight.

According to MarketsandMarkets, a global research company with 850 fulltime analysts, the market for eye tracking technology is expected to grow USD 1,786 million by 2025. That’s a CAGR (Compound Annual Growth Rate) of 26.1 percent during the forecast period.

If that is the case, we might as well prepare ourselves for the new possibilities in a not-so-distant future. This is the new Attention Economy.

Excited? We are! That’s why we’re giving all companies the possibility to utilize modern eye tracking technology — even without any external hardware other than an iPad or iPhone.

Add eye tracking to your products

Get involved in the data that matters

Being able to utilize eye-tracking in a 100% mobile environment on common every-day devices opens up for many opportunities. As such, it also opens up for many questions; some of which might not have been answered before. However, that does not mean that it can not be done – it is just an opportunity ready to be surfaced. Feel free to reach out.

Made with 👀 in Denmark – Patent pending